My Summer at Yale 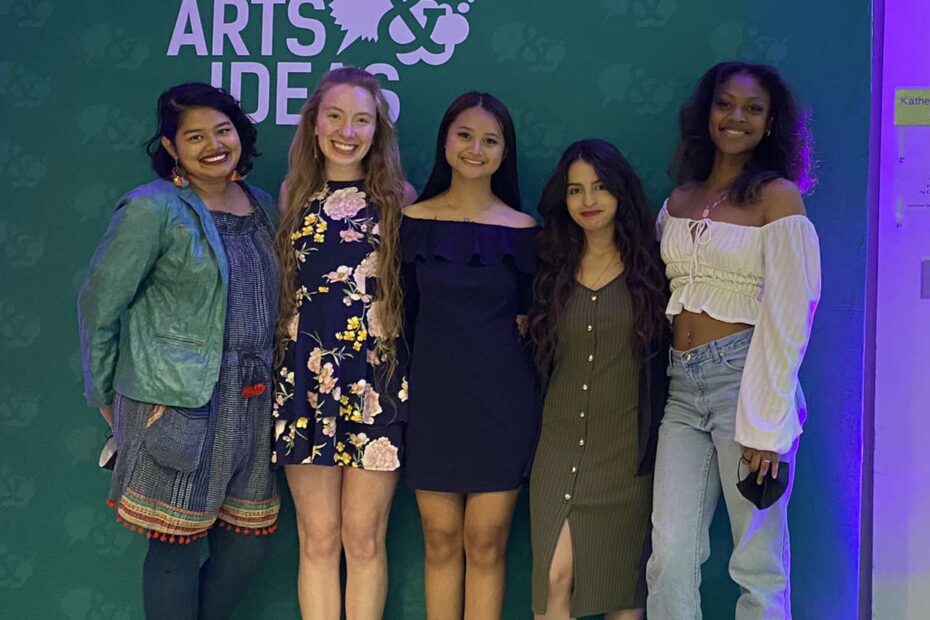 Summer is a time of change, growth, and time to learn more about and better yourself. Whether it is spent on a beach, up north, working a summer job, or at an internship, it’s a wonderful opportunity to get out of your comfort zone and soak up not only the sun, but also experiences. Last spring, I sought to find a summer internship that would help me with all of these, as well as professional growth, leadership, career insight, and real-world experiences. I was fortunate enough to be one of twelve research assistants selected from a pool of over 400 applicants to spend my summer doing psychological research at Yale University in New Haven, Connecticut.

I started looking for summer internships that I might like to apply for in February this year. Because a friend of mine had a wonderful experience participating in an NSF (National Science Foundation) REU (Research Experience for Undergraduates) research internship in biology the previous summer, I decided to look at the NSF REU internships that were offered in psychology for this summer. Of all of the internships that were offered, this was the one that I thought sounded the most fun and that I felt like I was actually qualified for. The application was due two days after I first found it, so I researched the primary researchers leading the program to learn more about what they specifically studied, wrote my application, and asked my psychology professor from the previous semester, Dr. Nicole Phillips, if she would write my letter of recommendation on such short notice, to which she kindly agreed. I really did not think that I would get the internship and knew that it was a long shot, but wanted to submit an application anyway because you never know what can happen. At the very least, I would gain experience writing a professional application. I applied to two other more attainable summer internship opportunities afterwards because I did not expect to ever hear from Yale University. March passed, and after April rolled around, and not having heard anything, I was ready to email Dr. Phillips to let her know that I had not heard from Yale, that I probably did not get the internship, and thank her again for writing my letter of recommendation.

On April 7th, however, I was walking out of my Research Methods class, checking my emails, when I spotted one from Yale University letting me know I had been selected for an interview on Zoom the following week. I was stunned. I could not believe it. I had not expected to hear back from them. Not only did they respond to me, I had made it to some final round of consideration for this internship and had an interview with Yale University the next week. I worked hard those next five days to prepare myself for the interview: I did a mock interview with Career and Professional Development, prepared all of my answers to any possible question that they could ask me, and read, annotated, and went over the article that they had sent me to read with Dr. Phillips. The interview itself, however, went fairly mediocre in my estimation. My answers felt generic and had no depth and I hadn’t felt that my personality had come through at all in those precious 10 minutes. I told a friend that it would be a miracle if I got this internship because of how bland my interview was. On April 18, I was on the third floor of the library, routinely checking my emails, when I caught sight of an email with the subject line “Yale REU Internship” and glimpsed over to the first word of the email which read “Congratulations.” I squealed in excitement. I could not believe it. I opened the email and read the rest. I had an internship doing psychological research at Yale University! I was in shock. I called my mom immediately to tell her and could not wait to go to track practice later that day to tell my friends.

The internship officially started on June 1st and consisted of working in two research labs: the Canine Cognition Center (CCC) and the Social Cognitive Development (SCD) Lab. Every Monday, all twelve interns, the five graduate students in the labs, the lab manager for each lab, and the principal investigator (Yale University professors) for each lab would have a lab meeting to discuss how data collection in each lab was going as well as any updates from the labs. Following the lab meeting, the two Yale professors, Dr. Yarrow Dunham and Dr. Laurie Santos, gave a presentation on graduate school application information and tips, useful gap year opportunity ideas, and professional development training. After lunch, we had a statistics lesson followed by a group discussion on an assigned research article in addition to an opportunity to talk with the graduate students to ask them questions and hear their insight. For the rest of the week, the interns were split into two groups of six: my group worked in the CCC on Tuesdays and Wednesdays and in the SCD lab on Thursdays and Fridays while the other group did the inverse.

At the CCC, we ran studies much of the day with domesticated dogs that people from the community brought in for us to conduct research on. Each of us interns had our own studies that we were conducting with the dogs; I was one of three “actors” in one study that tested pro-social behaviors in dogs and the only actor in another study which examined how much effort dogs exert toward an unsolvable task after watching me successfully complete the task with varying amounts of effort. When we weren’t running studies on dogs in the CCC, we were coding the data that the other group collected, which involved watching footage of the study, frame by frame, on a program called BORIS, and documenting how much time the dogs would spend looking at various stimuli as well as the decisions that they made in the studies.

At the SCD lab, we ran studies over Zoom on children ages 4-12 to learn what they thought about various concepts, such as fairness, the malleability of currency, nationality, and other social concepts. We would share our screen and read the child a story that explained characters in a situation. The child would then answer questions related to the story so that we could record what they thought about the situation, which, at the end of data collection, could be used to infer how children at different ages thought about different social ideas and concepts. When we weren’t running studies in the SCD lab, we would work on projects for our mentors (we were each assigned one of the graduate students in the lab as a mentor), send out recruitment emails, schedule appointments, and answer emails.

Although getting to work in research labs at Yale University was pretty exciting, one of my favorite parts about this summer was getting to live in a new place. I had never been to the East Coast before and got to live in an apartment next to campus with two other girls in my program. Because New Haven, Connecticut is located in between New York City and Boston (a 2 hour train ride to each), a few girls in the program and I took a few trips to New York City together throughout the summer to sightsee. I even got brave enough to go on a few solo trips to both cities as well. Although I am a loyal country girl from rural Wisconsin, I absolutely loved touring New York City and Boston. I climbed to the top of the Empire State building and the top of the Rockefeller Center, visited the Statue of Liberty, watched two Broadway shows (Between the Lines and Aladdin), rode the New York Subway, got lost on the New York Subway, toured several museums, strolled around and posed for a beautiful caricature in Central Park, occupied Times Square, explored a few stores, and attended Mass at St. Patrick’s Cathedral. On my trip to Boston, I walked Freedom Trail, saw and explored 16 historic sites from the Revolutionary War, and toured the New England Aquarium. My total modes of tried transportation went up exponentially this summer to now include traveling by train, Amtrak, ferry (to Ellis Island), city bus, private bus, Uber, subway system, and plane (on the trip back to Wisconsin). Traveling was easily one of my favorite parts of this summer and it taught me how to be more independent and responsible, what to do when plans go wrong in an unfamiliar place, and that figuring things out and making things happen is a lot easier and a lot less intimidating than I once thought.

Although expanding my horizons and worldview by traveling and touring some of America’s biggest cities was incredibly insightful and awe-inspiring, one of the most enriching aspects of my internship experience were the people in my program. The interns that our lab managers chose were from all over the United States, including interns from Washington, Texas, Massachusetts, Florida, Connecticut, two from California, three from New York, a girl from Brazil, and myself from Wisconsin. We all came from incredibly different backgrounds, spoke differently, looked different, came from different types and sizes of colleges, and had different perspectives on life, meaning, and values, but were all brought together by this program to conduct research at Yale University this summer. I enjoyed getting to know people who didn’t grow up in the same place and in the same way that I did which helped me to hear various perspectives and worldviews on a multitude of topics and better understand who I am, what I value, and how I fit in or am unique in relation to other people and cultures in the world. 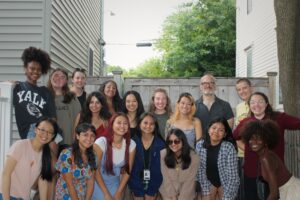 Overall, the internship was an incredibly enriching adventure that allowed me to gain valuable research experience, travel and see new and amazing places, and meet new and incredible people. After my experience this summer, I would highly encourage anyone to go for long shot opportunities that may seem completely out of reach and just see what happens. You never know what you are capable of or what value others may believe you bring that you do not see in yourself if you do not try. I am so grateful that I got to have this wonderful opportunity and am incredibly thankful for everything and everyone who made this the best summer of my life thus far!