The Tragedy and Philosophy of Ancient Greece: Global Seminar with Anna Bauer 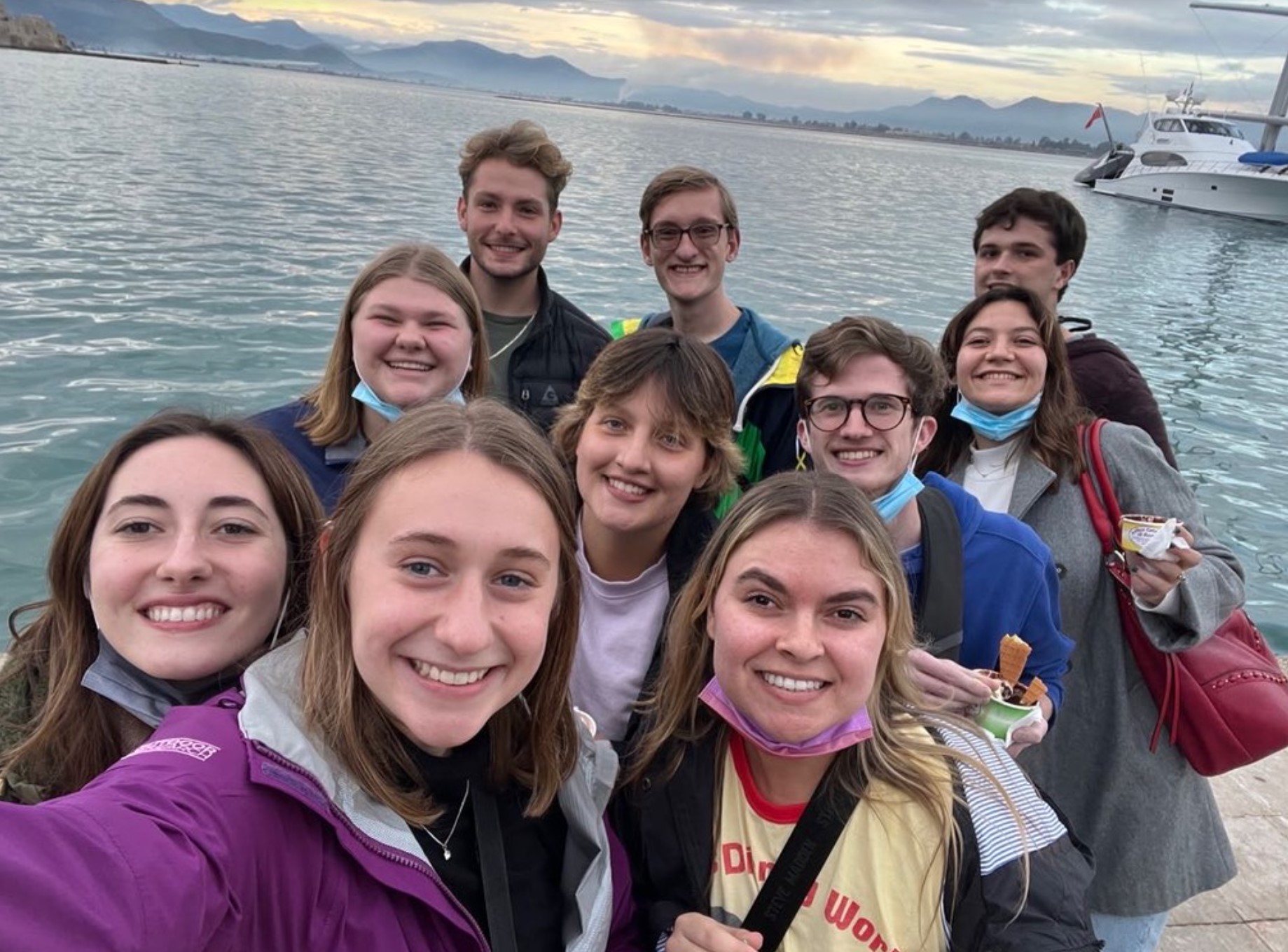 Anna Bauer is a first-year student at St. Norbert College from Minnesota majoring in  Biology with a minor in Mathematics. In preparation for The Tragedy and Philosophy of Ancient Greece global seminar, weekly classes began halfway through fall semester 2021. Anna and her classmates watched tragedies and learned about philosophers during these sessions, and their homework consisted of a weekly essay to be completed by the following class period. Before they departed from the states, their professors (Mann and Raacke) warned them of pickpockets, and Dr. Mann gave recommendations of what different Greek foods they should try.

When in Greece, they toured historical sites including the Parthenon and the Acropolis, as well as many museums. Throughout the trip, she found she was able to learn a lot more by being present in the moment, standing on the same ground as the events they learned about in the course. A normal day in Greece for Anna and her classmates consisted of taking the bus to class, finishing around lunchtime, and spending the rest of the day exploring together.

Anna said one of the lessons she’ll always remember was taught during their trip to Delphi, where they learned about the history of the Oracles of Delphi. They took a bus from Athens to Delphi, which was calmer than Athens, and small enough that they could walk everywhere they needed. The tour guide informed their class that from her position on the top of the mountain, the Oracle of Delphi, Pythia, was breathing in intoxicating fumes. Pythia heard the ‘voices’ of the gods, but those voices could have very well been a side effect of the toxins she was inhaling.

Anna’s favorite time during the global seminar was spent in Nafplio. She stated how it was more quaint than Athens, but still breathlessly beautiful. She and her class walked a trail along the peninsula and ate dinner on the water together. Anna loved being with everyone and had a wonderful time exploring Nafplio.

Anna confessed that she took a step outside of her comfort zone by participating in this J-Term global seminar, but she was glad she did, because it helped her gain more independence, and she was able to experience entirely new cultures and ways of living.

She would like to encourage prospective study-abroad students to go on trips like these through SNC, because, even though it’s a cliché, she said her experience was life-changing. Being there in real life, seeing and experiencing the things you’re learning about in the classroom, helps you retain the information more. It’s entirely worth it, she said, getting to be close with your classmates and even more helpful taking the trip as a freshman with upperclassmen to help you navigate your future endeavors.